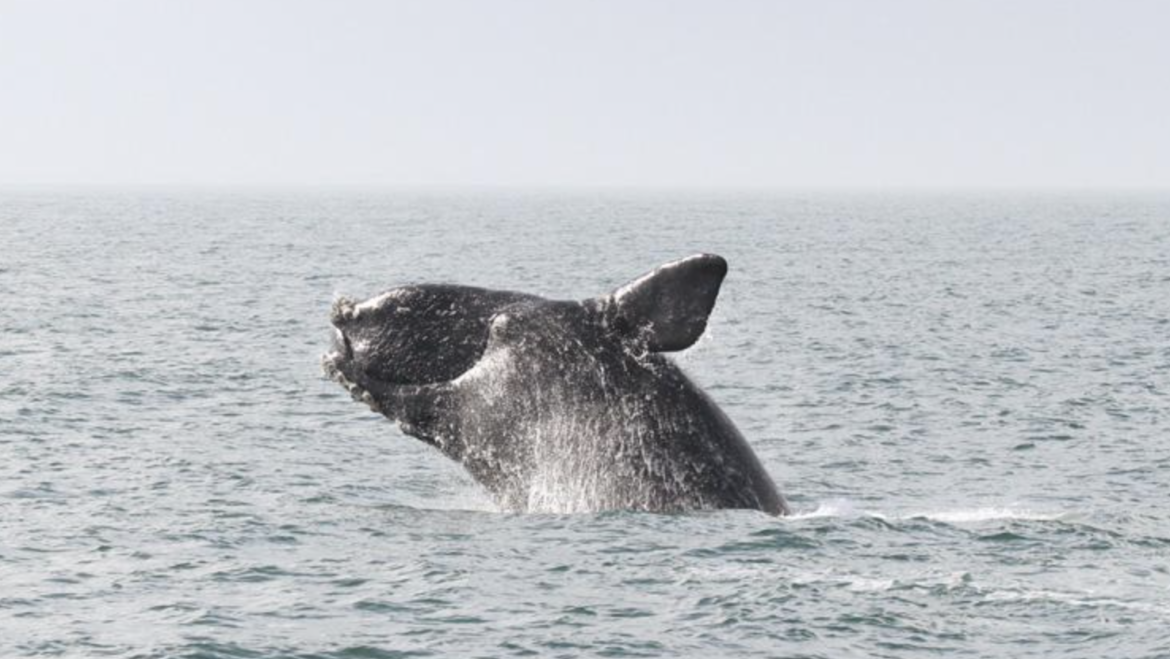 With all of the challenges that this last year has brought the world, there’s a sign of hope for the endangered right whale. Right whale sightings have increased off the Massachusetts coast this year, which is an encouraging sign that the species is making a comeback. This particular whale was hunted by commercial whalers in the 1890’s, to the point where they were placed on the Endangered Species Act list in 1970. Currently, according to NOAA, there are less than four hundred right whales remaining, with only one hundred of them making up the population’s breeding females.

In the fall and winter, many right whales migrate to southern Atlantic waters where the females give birth. When spring arrives, these right whales migrate north to Cape Cod Bay to feed on the rich zooplankton blooms. Being baleen whales, they feed by straining ocean water through sieve-like baleen plates to find tiny crustaceans to eat. Then they resume their journey north, swimming right through the inshore area of Gloucester and the North Shore of Massachusetts.

For this reason, Massachusetts has suspended inshore lobstering until the beginning of May, 2021. Those with a federal permit can lobster offshore, but state permitted lobstermen will need to wait to fish. This is the first year that this action is being taken, hoping to keep right whales from becoming tangled in the lobstering gear. When a right whale becomes entangled in fishing gear, it can lead to a shorter lifespan than their natural 70 years, especially for breeding females.