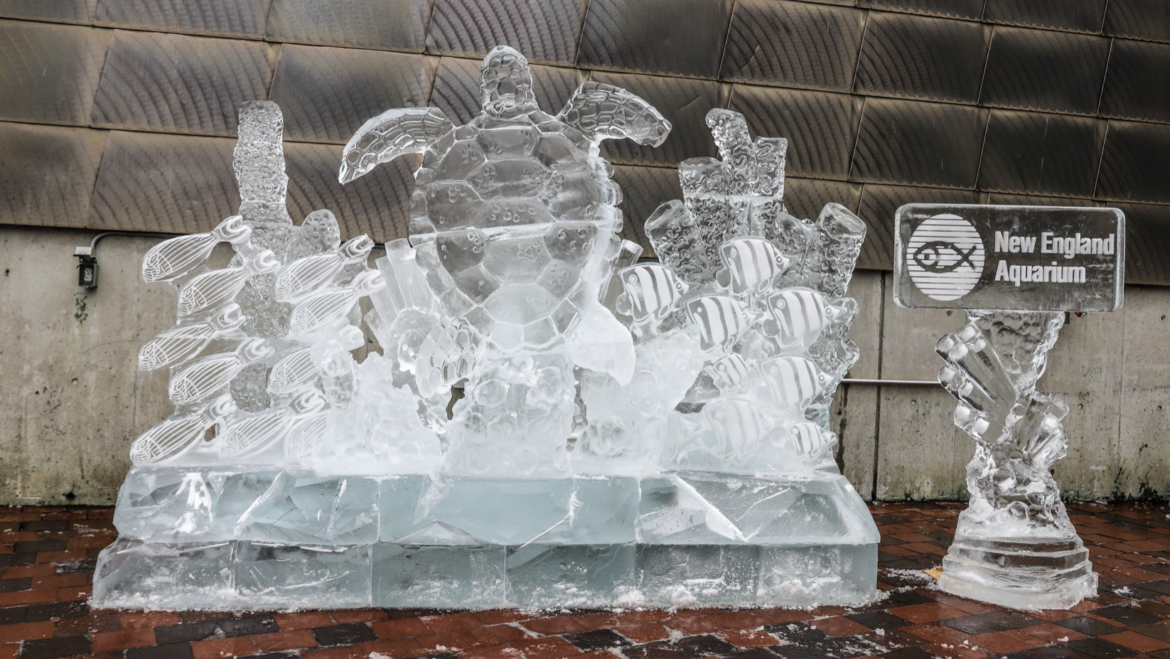 I’m always excited to see the phenomenal sea-themed ice sculpture that appears each year in front of the New England Aquarium for Boston’s First Night Celebration. Last year, the sculpture was a gorgeous blue lobster, that coordinated beautifully with the blue lobster in my book, Something’s Tugging on My Claw! This year, Don Chapelle and his ice sculptor team from North Andover chose sea turtles and their habitat as their theme.

The aquarium has recently begun focusing on treating, rehabilitating, and releasing sea turtles as part of their conservation program. Three of the species they work with most are loggerhead turtles, green turtles, and Kemp’s ridley turtles, which are the most endangered sea turtles in the world. Sea turtles are threatened most by boat propeller strikes, ingestion of plastics in the ocean, and getting tangled up in fishing gear.

If you’re in the Boston area, be sure to stop by and see this impressive sea turtle sculpture created by Chapelle and his crew. And while you’re there, drop by to visit Myrtle and her other turtle friends, Carolina and Retread. They can’t wait to see you!

Myrtle the Turtle (timeline photo from the New England Aquarium)