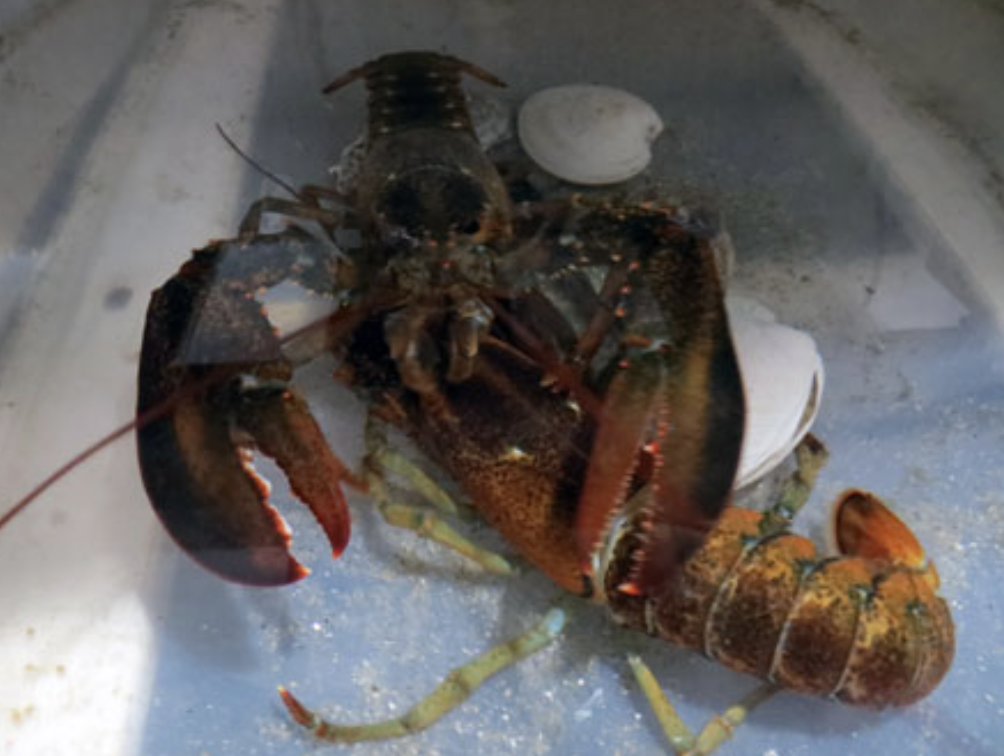 When illustrating my sea animal books, I often use live animals that I photograph to create different characters. This is one of my favorite models from my new book, Something’s Tugging on My Claw!, due to be released on March 1, 2016. Coincidently, at the exact time Something’s Tugging on My Claw! began to move through the printing presses at Worzalla in Wisconsin, USA, my lead model lobster molted! His new shell is about one quarter larger than his old one. He can be seen here protecting his old shell. You can see where he crawled out of the shell he outgrew, through a split between his body and his tail. I’ll be sure to leave his old shell with him, because it has many nutrients that help his new shell to harden quicker. That’s one of the reasons why lobsters eat their old shell, immediately following the molting process.

Such a coincidence, because one of the subjects covered in Something’s Tugging on My Claw! is molting. Once his shell becomes hard, this lobster will be able to visit schools and bookstores for author visits. If you can think of a great name for this gorgeous, male (boy) lobster with a brand new shell, please email me. If you submit the name that’s chosen for my newly molted lobster, I’ll send you a free, signed book as soon as it’s released in March. Good luck!

Contest Details: This contest begins on September 22, 2015 and closes on November 30, 2015. To enter, simply email using the contact form included on the contact page of this website. Include your name, the name you’ve chosen for the lobster, and an email address where you can be reached should your entry win. The winner will be contacted by email, for an address to send the book. Drawing will be made by an impartial party, and the name will be announced at the close of the contest.