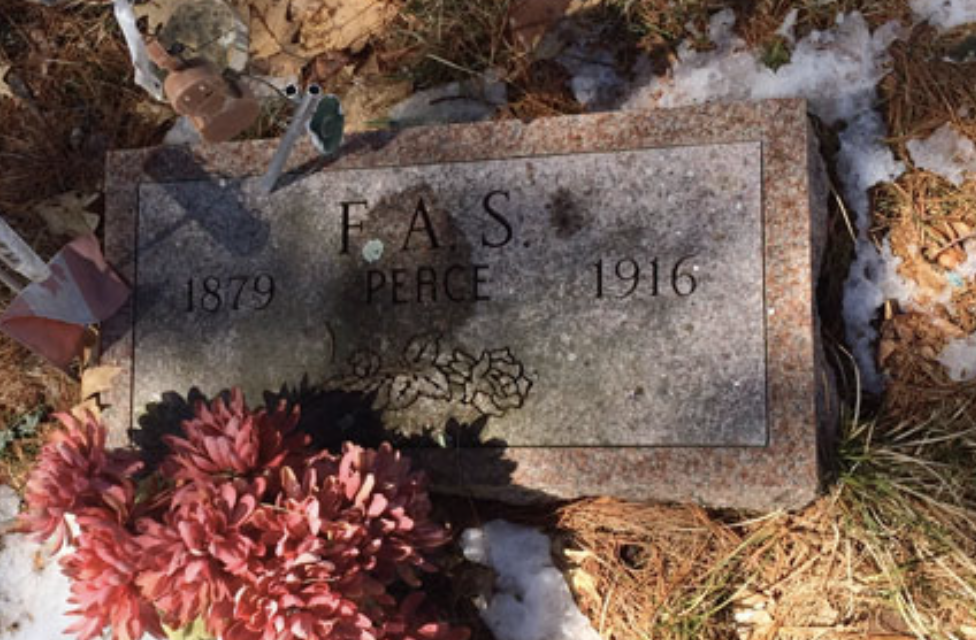 The Unmarked Grave of Florence Small

My son recently asked me why I’ve concentrated so much time and energy this year to help Perfection To A Fault find an audience. It’s more than the glowing reviews that I received from Publisher’s Weekly and Kirkus Reviews this year. It’s more than the fact that I may have been contacted by a major Hollywood studio to ascertain who owns the rights to the book. It’s because as we approach the 100th anniversary of Florence’s tragic murder, Florence’s grave still has no headstone.

When I first wrote Perfection To A Fault, my goal was to buy a headstone for Florence’s grave with the proceeds from the book. Before the book was written, most area residents weren’t aware Florence’s body was interred in Ossipee. Although the town of Ossipee knew the location of Florence’s burial site, Florence’s grave was virtually unmarked. After a speech at a Freedom NH Homecoming event I participated in, where I was asked where Florence was buried, there was a surge of interest in marking Florence’s grave. The Ossipee Historical Society, led at the time by Natalie Peterson, eventually was able to persuade the Town of Ossipee to fund a grave marker. This marker indicates Florence’s initials, F.A.S. and the dates of her birth and death. A dedication ceremony was held on September 28, 2007, the anniversary of Florence’s murder, at dusk, shortly before her lakeside cottage would have been engulfed in flames. This was an interesting choice of timing, to say the least. I planned to arrive an hour before the ceremony, but ironically, there was a terrible motorcycle accident that shut down the only route to Ossipee. Remarkably, the road opened again just as the ceremony was ending. I arrived as everyone was walking away from Florence’s grave.

While this marker is a wonderful improvement to Florence’s memory, I still haven’t given up on trying to fund a true headstone for Florence, that’s tasteful and blends with the time period of that section of the cemetery. I completed a second printing of Perfection To A Fault this June, to include some photos that readers often asked for in reviews of the book. We also enlisted the services of Kristen at Mellarium Creative, to design a more engaging cover for our story.

The reach of an independent publisher is sadly much shorter than we’d like, and even with the added effort, including the creation of a “featurette” video to allow people to remotely get a feel for the town of Ossipee and some of the important locations of the story, we haven’t yet reached the level of popularity for which we were hoping. Only time will tell whether Florence will ever get the headstone she deserves. But I firmly believe that, if you dream it, it will come. So hang in there Florence, I still see a headstone in your future.